Many Bangladeshi migrant workers have been falling victims to labour exploitation, visa trading, and human trafficking in Brunei over the years, officials and victims have said.

In absence of punitive action by the concerned agencies against the perpetrators, they said, such heinous crimes committed by the employers continue unabated in the oil-rich country.

At least 49 Bangladeshi migrant workers who were victims of exploitation and human trafficking have claimed their unpaid wages and other dues amounting to B$ 3,23,890 (Tk 20429291.88) against the four companies in Brunei, according to Bangladesh High Commission in Brunei Darussalam.

As the companies allegedly violated the employment order 2009 of Brunei Darussalam, Bangladesh High Commission recently brought the incident to the attention of the Brunei government and sought immediate actions against the culprits.

Other allegations against the companies included confiscation of passports, denial of extending visas for many months, rejection of issuing contract papers, time cards, and wage documents.

The allegations and persistent violation of employment order 2009 of Brunei by the companies were filed to the office of Commissioner, the department of labour, Negara Brunei Darussalam on June 30, 2021.

Brunei Darussalam remained under the Tier 2 Watch list for the third consecutive year while Bangladesh was put in the Tier 2 list of the US State Department’s annual report on Traffic-in-Person (TIP) released recently.

Bangladeshi migrant Oli Ullah lodged his complaint with the Bangladesh High Commission that he had paid Tk 350,000 to employer Mohammad Baharul who promised him the good-wage-driving job at his Haja Monwara Snd Bhd company in Brunei.

Offering a monthly wage of Tk 36,000 along with other benefits, Oli Ullah who hailed from Comilla district was brought to Brunei on July 13, 2017, through the illegal channel “Body Contract” in Dhaka airport.

On his arrival at Brunei airport, he was received by Jewel, an employee of Hj Bashar Snd Bhd company, which was also run by Baharul. Oli Ullah was then taken to a labour camp of Baharul situated in Mestri area where his passport was confiscated by the Bahalur’s men and they were yet to return it.

He was forced to do other works except the driving job.  Baharul and his two brothers Alamin and Monin allegedly tortured Oli Ullah and asked him to bring more money from Bangladesh to purchase a ‘Pickup Van” in Brunei for him. Later, Oil Ullah handed over Tk 7, 35,000 more to Baharul and his men.

Despite paying a total of TK 11, 13, 472, the alleged human traffickers did not hand over any Pickup Van to Oli Ullah, according to a letter from Bangladesh High Commission.

When Oil Ullah wanted to change his employer, Bahalur’s men forced him to pay more than B$2,100 as the visa renewal fee and other costs though his visa has not been renewed until now. Oli’s employer received three-month wages by forcing the victim to work in another supply company, depriving him.

On June 23, 2021, Bangladesh High Commissioner in Brunei Nahida Rahman Shumona wrote to Home Ministry and expatriates’ welfare and overseas employment ministry and requested them to take immediate action against the alleged human traffickers under The Prevention and Suppression of Human Trafficking Act 2021.

According to the Bureau of Manpower, Employment and Training (BMET), Brunei started recruiting workers from Bangladesh in 1992. Over 75,000 Bangladeshi workers have so far gone to work in the country, the data showed. 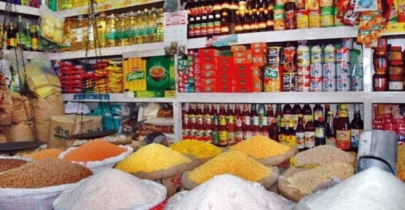 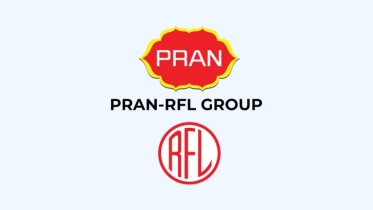