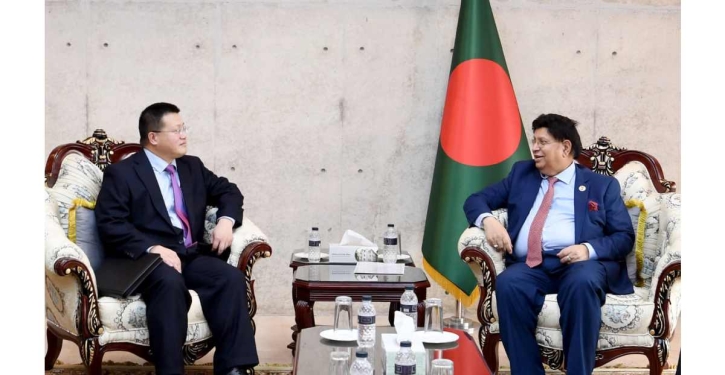 Foreign Minister AK Abdul Momen has hoped that China would invest more in Bangladesh in the coming years.

He also thanked China for being the largest bilateral trade partner of Bangladesh and hoped that bilateral relations between the two countries would reach new heights during the tenure of the new ambassador.

The newly appointed Chinese Ambassador to Bangladesh Yao Wen met Momen at the Ministry of Foreign Affairs on Monday.

During the meeting, both sides exchanged views on bilateral and multilateral cooperation of mutual interests, including trade and investment, infrastructure development, connectivity and South-South cooperation.

Momen acknowledged the “invaluable” support that China had extended to Bangladesh to tackle the Covid-19 pandemic.

He expressed hope of having China’s continuous support in the repatriation of Rohingyas to Myanmar.

The Chinese ambassador said the Rohingyas need to be repatriated to their homeland in Myanmar and hoped that the repatriation would start at an early date.

Ambassador Wen expressed satisfaction over the ongoing China-backed development projects in Bangladesh, including the Padma Bridge Rail Link, Bangabandhu Tunnel under the River Karnaphuli, Mongla port upgrade, and the extension of Osmani International Airport in Sylhet.

Also, he said China will take part in the upcoming Bangladesh Business Summit in Dhaka during March 11-13.

Momen appreciated China’s assistance in several mega projects in Bangladesh and looked forward to the speedy approval and implementation of the existing and pipelined projects.

He also thanked the Chinese government for enhancing duty-free quota-free (DFQF) market access from 97 percent to 98 percent of products from Bangladesh to the Chinese market and hoped that this facility would come into force with necessary gazette notification within a short time.

The foreign minister wished the ambassador a successful tenure in Bangladesh and assured him of full cooperation. 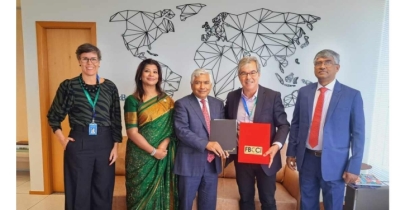