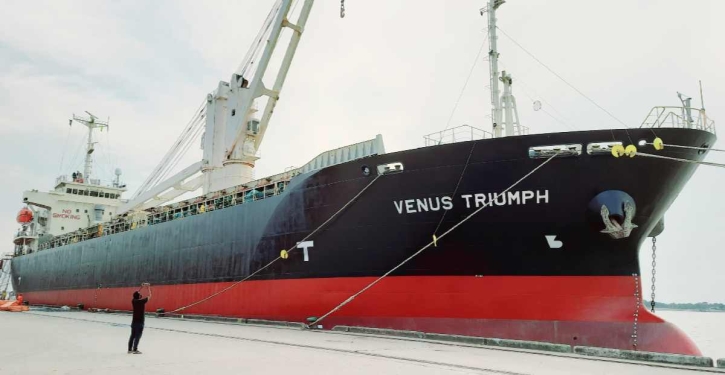 Another shipment of eight coaches and four locomotives for the country’s first-ever metro rail service has arrived at Mongla port from Japan.

This is the twelfth shipment from Japan, he said.

Already the authorities concerned have started their work of unloading goods from Sunday morning, said Md Wahiduzzaman, manager of Ancient Steam Ship Company of Venus Triumph. After unloading the goods it will be sent to the Uttara Diabari depot, he said.

The vessel ‘MV Venus Triumph’ left for Mongla on September 8.

Earlier, on August 22, another vessel of ‘Hosei Crown’ from Japan arrived at the port with eight coaches, four locomotives and 34 package machinery.

So far, 116 coaches and locomotives have been imported while the rest will be imported in phases.

Mass Rapid Transit Line-6, the country’s first-ever metro rail system, is being built at a cost of Tk 21,985 crore.