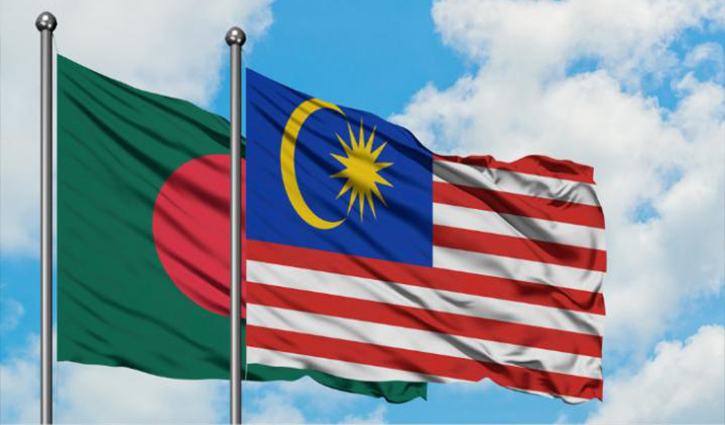 Kamal said this when he held a bilateral meeting with a Malaysian delegation headed by Malaysian Deputy Finance Minister Dato Indear Moha Shar Abdullah, at Manila in the Philippines as part of the Annual Meeting of the Asian Development Bank (ADB).

During the meeting, the Finance Minister also urged the Malaysian side to expedite the process for signing the FTA, said a Finance Ministry press release.

Welcoming the decision of the Malaysian government to allow the Bangladeshi workers in all sectors of their country, Kamal requested the Malaysian Deputy Finance Minister to recruit more manpower from Bangladesh.

Referring to the signing of MoU between the two countries on import of LNG from Malaysia, Kamal sought cooperation of the Malaysian government to import LNG as per the requirement of Bangladesh.

Noting that Malaysia is an important country for attracting more FDI for Bangladesh, he said that since September 2022, the total FDI from Malaysia in Bangladesh’s telecom sector reached $788 million.

Since Bangladesh is an attractive destination for FDI considering financial and other facilities, the Finance Minister called upon Malaysia to make more investments in Bangladesh.

Kamal also thanked the Malaysian government for providing some 5,59,200 doses of AstraZeneca vaccines.

In response, the Malaysian Deputy Finance Minister assured Kamal of considering the issues like signing of FTA, LNG export to Bangladesh and recruiting more manpower after consultation with the concerned ministries and departments in Malaysia.

He also hoped that the brotherly relationship between the two countries would be further strengthened in the coming days.

According to official data, Bangladesh exported goods worth $306 million to Malaysia in fiscal year (2020-2021) against the imports of $1.57 billion.

Both the countries are now celebrating 50 years of their diplomatic relations.