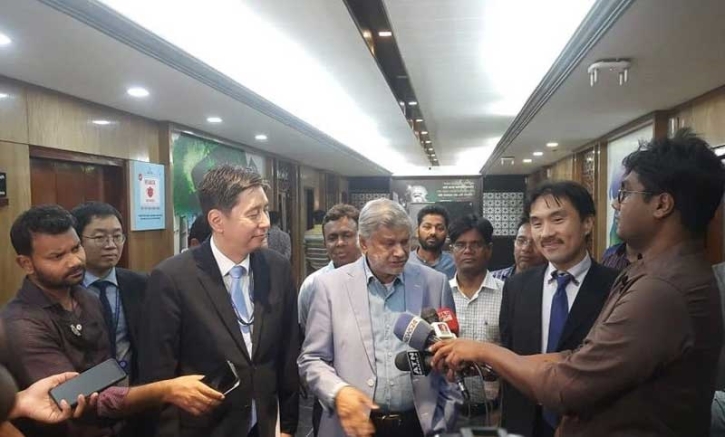 Mannan came up with the disclosure after a meeting held with outgoing JICA Country Director Yuho Hayakawa and his successor Ichiguchi Tomohide.

“The JICA will provide us $600 million to $700 million as budget support. Economic zone is being constructed at Araihazar upazila of Narayanganj and the JICA wants to work there. The project will be placed before the ECNEC meeting soon,” he said.

The terms and conditions of the loan will be finalised later, Mannan said in response to a query from a journalist and added that it is at discussion level and it has not yet been finalised.

The government has given a hint about seeking the budget support from the JICA and it seems positive, said the planning minister.

“We will have to work following some rules. We believe we will get the budget support on completion of all the conditions,” he said.

The government wants to work for developing the country’s rural infrastructures and the JICA also wants to be a part of the development, Mannan said.

The JICA, a development agency of Japan’s government, at present is working to construct the Matarbari Coal-Fired Power Plant in Maheshkhali of Cox’s Bazar.

Apart from this, it wants to work on improving the country’s rail, sea and waterways infrastructures, Mannan said.