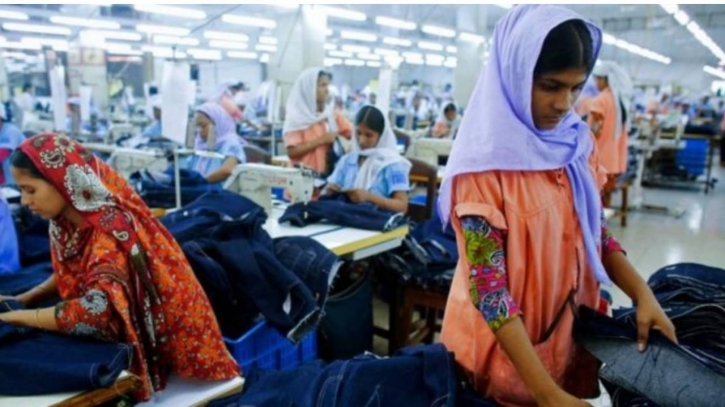 Readymade garment, the major forex earner of the country, that fetched 85 percent of the total receipts in FY22, is facing a double whammy in home and abroad while shipping their products because of multiple adversaries, exporters said.

Exporters are afraid that a rise in production costs will complicate the situation further.

Industry Insiders think, due to the fuel price hike, Bangladesh may lose some competitiveness globally and the production cost will increase by at least 5 percent, impacting their profit margin.

“Fuel cost will affect our exports straightforwardly. Already transport fare has increased due to the sudden disproportionate price hike. We are worried that power distribution companies will hike the power tariff soon. It is then when our production cost will shoot up,” Muhammad Hatem, executive president of Bangladesh Knitwear Manufacturers and Exporters Association (BKMEA), said.

He said: “The garment sector will lose some competitiveness in the international market. When fuel oil prices are getting down, our local price has spiraled abnormally and it would be difficult for us to convince buyers for additional prices.”

Abdul Hannan, managing director of Knit Syndicate Ltd, said the clothing sub-sector was already suffering badly from power outages for two to three hours every day and scarcity of fuel oil. “Now this abrupt price hike has come as a shock to us which will eat up to 5 percent of our profit, as I am using diesel for my captive power plant,” he told the Business Insider Bangladesh on Saturday.

He further said, “We cannot bargain with the buyers for the extra expenses because these orders were received three months ago. How could we adjust the cost! Day by day the business is getting tough. If the industry fails, more than 4.50 million workers will suffer too.”

The exporters claim that currently they are making 3 to 5 percent mark-up that previously was 8 to 10 percent in 2015-16. Besides, the buyers sometimes get even hesitant to pay the ethical price. They are following the conservative method while offering prices, especially after the lockdown.

Another manufacturer said it was a wrong conception that apparel makers are making huge profits.

“There is no way to think that the garment makers are making high profit. After the lockdown, the profit margin got lower. World trade fell into trouble. Now, this fuel price hike will impact the garment industry severely,” said Fazlee Shamim Ehsan, vice president of BKMEA.

Meanwhile, textile millers said it is the time to cooperate with the government.

“This is the impact of the global fuel crisis. So, in these crisis moments we have to cooperate with the government. We can continue the business without profit. I hope, the bad time will end soon,” Muhammad Ali Khokon, president of Bangladesh Textile Mills Association (BTMA), said,

As the work orders for apparel shipment have been declining primarily because of the Russian-Ukraine war and exorbitant global inflation, demand for the home yarn has gone down sharply in a span of six months.

The millers said they are sitting on a stockpile of 459 million-kg yarn, which is worth more than $2 billion and enough to meet the country’s demand for over a month.

Already 30 percent of the work orders have been depleted due to global inflationary pressure. In June 2022 Bangladesh lost $313 million in European markets. In May 2022 export to the EU was $1.93 billion that declined to $1.61 billion in June, according to the Bangladesh Garment Manufacturers and Exporters Association (BGMEA).

Bangladesh exported $42.61 billion worth of apparel products in the just concluded fiscal year but the beginning of the new fiscal year got gloomy as exports started falling. The players in the industry, even the giant ones, are also afraid that the adverse situation created by the war might worsen their future shipments.