The exchange rate of the Taka had been depreciated by 25 percent in the last 13 years against the US dollar, and fell to an unprecedented Tk 86 against the dollar at the start of the week, as the central bank looks to adopt a policy of devaluation to boost exports and remittances.

As the country has adequate forex reserves of over $44 billion, Bangladesh Bank (BB) officials suggest not to be worried over taka depreciation. But the common people may have to bear the brunt of higher prices due to the impact of taka being cheaper.

In the last five months, the Bangladeshi currency has lost its value by Tk 1.20 or 1.41 percent against the US dollar.

The taka was devalued once again by 20 paisa on the inter-bank exchange market on Sunday against the dollar. Despite holding a stable position for a month and a half, the depreciation occurred on Sunday.

On Thursday, the last day of last week, one had to spend Tk 85.80 per dollar in the interbank currency market; It took Tk 86 on Sunday. Banks are selling dollars at Tk 4 or 5 more. The dollar is being sold at Tk 91.5 at kerb (open) market.

State-owned Sonali and Janata Bank sold dollars at Tk 90.50 on Sunday. Agrani Bank has sold at Tk 90.30. Outside the bank, up to Tk91.5 per dollar has been sold in the karb market, sources said.

Earlier, the BB purchased $ 8 billion from different banks in the fiscal year of 2020-21 to maintain the exchange rate of taka, when import order decreased severely for worsening pandemic. The central bank, however, supplied $ 2.50 billion so far in the current fiscal year as the import demand increased by 50 percent after the pandemic situation.

In other words, a consumer would cost Tk100 to buy a product or service from the international market 13 years ago, now it costs Tk125 to buy the same product, shows the data of Bangladesh Bank. The value of taka has fallen more in the private transaction of the US dollar during this period.

The price increase of LNG and petroleum products in the global market is also another cause to raise the dollar demand as Bangladesh uses USD to meet all kinds of import payment, he said.

The country's forex reserves remain at the highest ever, export income and inward remittance flow also good, so there is no reason to be worried about weakening taka in this stage, but a cautionary measure is to be taken for stabilizing the price of local commodity markets, Mirza Aziz said.

Former governor of BB Dr. Salehuddin Ahmed said that the exporters become happy if taka becomes weak, but it creates pressure to raise commodity prices in the domestic market.

He said the central bank sometimes relaxed policy to increase dollar exchange rate so that the expatriates and exporters could send more forex income to the country.

The exchange rate of US dollar against Bangladeshi taka has been fixed by the government since independence. The taka was declared convertible (exchangeable) for enhancing foreign trade on March 24, 1994. And in 2003 this exchange rate was made floating. From then on, the national currency is no longer devalued or revalued by declarations.

However, although the exchange rate was floating, it was not entirely market-based. The central bank has always had indirect control over it through its buying and selling of dollars, in what is called a 'managed float'. 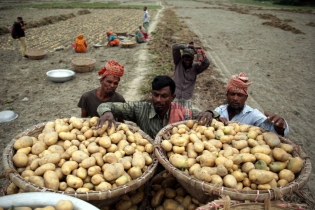 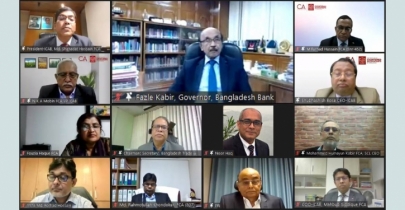 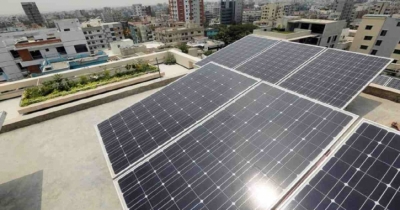 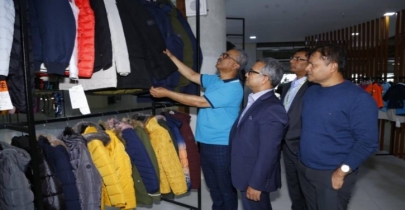 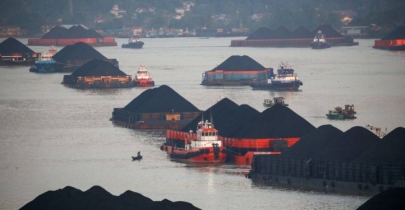