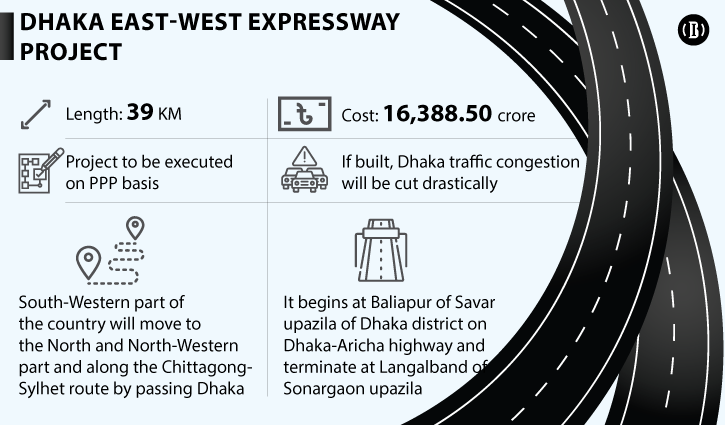 Cabinet Committee on Government Purchase (CCGP) has approved a proposal of the Ministry of Road, Transport and Bridges to construct an elevated Dhaka East-West Expressway.

The committee on Wednesday approved the 31-km elevated Dhaka East-West Expressway project. It will be implemented on Public Private Partnership (PPP) basis.

The project will commence following the selection of a company from a floating tender.

The expressway will start from Baliapur of Savar upazila of Dhaka district on Dhaka-Aricha highway and end at Langalband of Sonargaon upazila of Dhaka-Chittagong highway via Keraniganj upazila, Narayanganj Sadar upazila and Bandar upazila.

The elevated expressway will have about a 25-km ramp.

The proposal said the project aims to ease traffic congestion in Dhaka and divert freight trucks and long-distance buses away from the city.

The Bangladesh Bridge Authority conducted a feasibility study for the construction of the ‘Dhaka East-West Elevated Expressway’ in 2017 to mitigate traffic congestion in Dhaka city.

The proposed expressway is compatible with the Outer Ring Road referred to in the Revised Strategic Transport Plan (RSTP).

According to the economic analysis of a survey, the net present value (NPV) of the project is Tk 949.60 crore while the benefit-cost ratio (BCR) is 1:17 and the internal rate of return (IRR) is 13.3 percent.

The project will require the acquisition of 316 acres of land. The price of the land, installation and other compensation will be provided by the public sector.

In addition, the cost of relocating existing services in the project area will be borne by the government. Support to this PPP project will be extended including bearing these expenses. 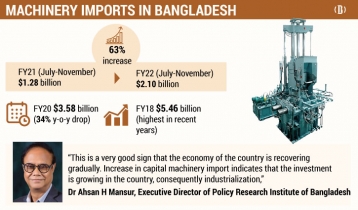 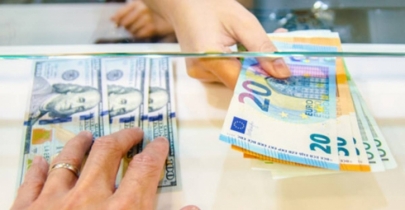 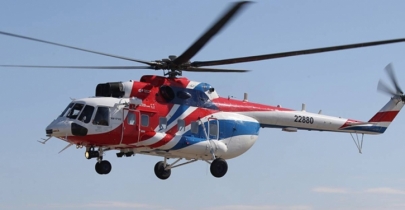 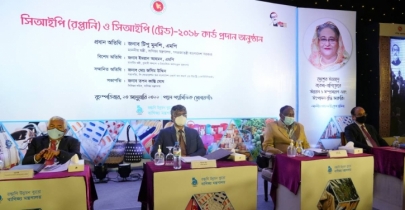 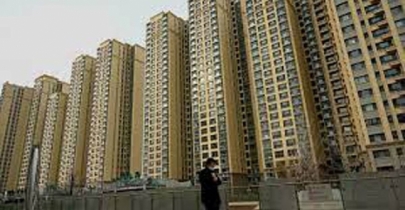 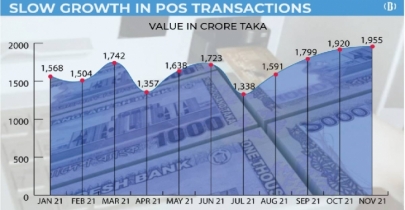