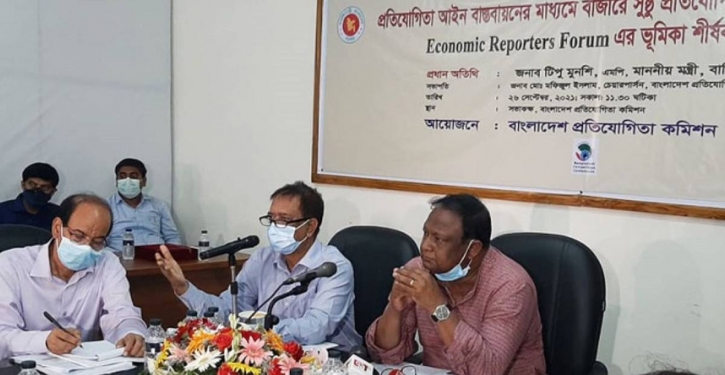 Commerce minister Tipu Munshi has said liquidated assets of the controversial companies Jubok and Destiny could reimburse 60 percent of the liabilities of their clients.

Assets of Jubok and Destiny had been appreciated over the years, Commerce minister said while addressing as the chief guest of a workshop titled ‘Role of Economic Reporters Forum (ERF) in Creating a Fair Competitive Environment in the Market Through Implementation of Competition Laws’ held at Bangladesh Competition Commission on Sunday.

He said, “When a new technology was introduced, I became a victim of it.”

Chairman of Bangladesh Competition Commission Mofizul Islam said a case was filed against Evali in November 2020 by the commission. “The case is pending with a court. The verdict will be delivered soon,” he said

He said several e-commerce companies recently were accused of fraudulence and embezzlement. Evaly and e-Orange are two of them. “They attracted customers with a variety of offers and pledged for fast services,” he said.