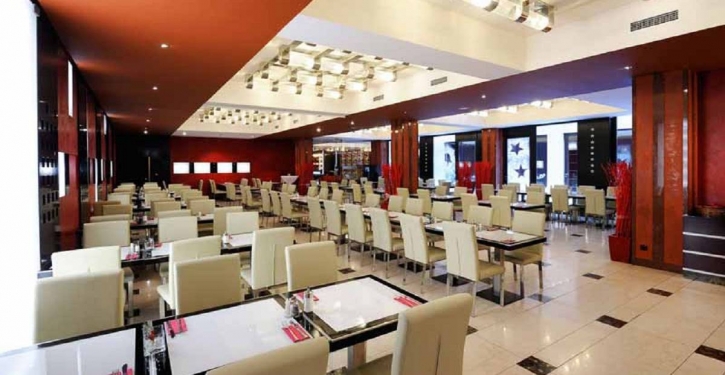 A restaurant in Dhaka. Photo: Collected

The burgeoning residents of Dhaka city, especially the youth and young families, have been increasingly dependent on restaurants for their lunches, dinners and recreation as they get incessantly busy.

As the lockdowns in 2020 and 2021 have forced people to stay at home and rely more on home delivery services and takeouts from the eateries in the capital, citizens in Dhaka rushed to the eateries to have some quality time with family and friends within the familiar, cozy ambiences of city restaurants, whenever the lockdowns were minimised or lifted intermittently.
The government eased the latest lockdown on August 11, and since then, the restaurants were immediately geared up to welcome the food-lovers back, with open arms and exciting offerings.
Over the past two years into the pandemic, this would seem to have become even more pronounced.
This decision certainly inspired a large number of people, especially the urban youth and middle to upper-middle class families, to enjoy their meals and catch-ups/meet-ups in the restaurants.
In order to attract customers, many restaurants have been inviting customers over social media platforms, especially through the food blogging groups on Facebook, noted food reviewers and their YouTube channels, with delicious offerings consisting of scrumptious food items within lucrative price brackets.
"We, the urban youths, don't really have a large number of options in Dhaka where we can see our friends and dear ones, except for the restaurants and coffee-places. These are the places where we can talk and giggle together alongside having delicious foods, and this is something that we really missed during these lockdown periods," Shayer Ahmed, a 26-year-old copywriter who is currently working for an advertising agency, told UNB.
However, these offerings, combined with people's recreational needs and desires, resulted in a large number of gatherings in many eateries, especially the buffet places.
Upon visiting some of the popular and 'hyped' restaurants in the Dhanmondi area of the capital, the UNB correspondent found the eateries often overcrowded during their operational hours. Coffee shops and other fast-food restaurants are also dealing with a moderate to a large number of customers on a daily basis.
"Once the city of Dhaka was known as the city of Mosques, now it has simultaneously become the City of Restaurants as well," said Jahanara Lipi, a banker, opined.
That statement actually speaks volumes, as according to a Bangladesh Bureau of Statistics (BBS) survey conducted between March 26 to April 10 this year, the number of hotels and restaurants in the country is now 436,274 ( 4 lac 36 thousand 274). Being the capital and the largest city in the country, Dhaka hosts the lion's share of these eateries.
Employment in this sector has also increased exponentially in a decade's time: a total 2.28 million people are employed in this sector, of which the number of men is 1.83 million, and the rest are women. A decade ago, the employment in the hotel-restaurant sector was less than a million - 937,084 to be precise, according to the survey of BBS.
While this added significantly to GDP and benefited the economy of the country, it is also a bitter truth that the two years of chronic lockdowns amid the pandemic have created major roadblocks in the progress of this sector.
That being said, the restaurants and recreational eateries are now hoping to make up for this loss more than ever in these past two years, by welcoming the above-mentioned target groups.
To explore how the eateries are dealing with the recreational needs of the netizens, UNB talked to the authority of popular restaurant chain Chef's Table, which has become a go-to place for the foodies in recent times; especially its family outing themed spacious branch Chef's Table Courtside at the United City, Madani Avenue in the capital, offering cuisines from more than 35 retail food brands under a huge yet serene, picturesque atmosphere including play zone for the children.
"On August 11, all three branches of Chef's Table (Gulshan, Dhanmondi and the Courtside at the United City) started welcoming customers to dine out again after the government eased the lockdown. The Courtside alone welcomed around 2,000 customers on its reopening day," said Md Sultan Mahamud, Manager at the Food and beverage section of the Chef's Table restaurant chain.
Describing the offerings, he informed UNB that the Courtside, which has become a huge attraction among the youth and urban families for recreational hangouts, is maintaining adequate health protocols and hygiene measures such as gloves and masks for all the staff members including the chefs, cooks and waiters.
"As we are regularly welcoming a large number of families with children, we have reopened our kids' playground and exciting rides, maintaining proper hygiene and safety guidelines. We truly realize the absence of places like these in the city, and we really missed our guests during these crucial periods of lockdowns, so now we are thrilled to welcome our dearest guests once again and the response we are receiving is overwhelming," Mahamud told UNB.
With the soothing weather of Autumn and the reopening of educational institutions after the long-tenured lockdown periods in the past two years, the Dhaka residents are now back to explore the urban happiness in their favourite eateries, while coping up with the pandemic.