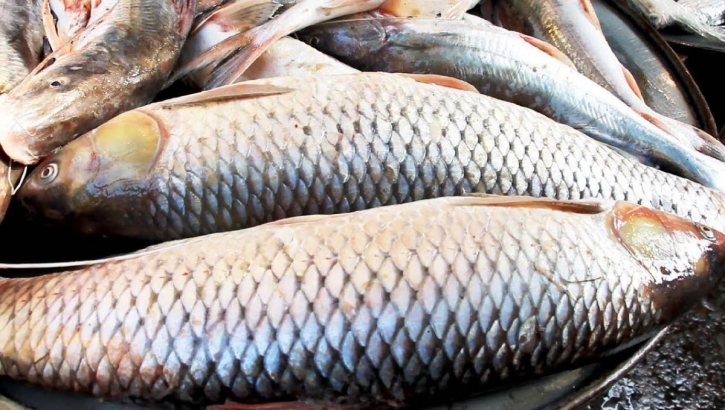 The minister was responding to a tabled question in the Parliament on Tuesday.

The question was raised by ruling party lawmaker Shahiduzzaman Sarker (Naogaon-2) when Rezaul said per capita fish consumption in Bangladesh is now stands 62.58 gram a day.

He said per capita fish demand is 60 gram a day, but per capita consumption is 62.58 gram, according to the report of Bangladesh Bureau of Statistics.

In terms of consumption against the demand, Bangladesh has attained self-sufficiency in fish production, he added.

Bangladesh’s fish production was 45.03 lakh metric tonnes in 2019-2020 fiscal said Rezaul adding that the government has taken various measures for the development of the fisheries sector.
Meanwhile, a research and survey vessel, 'RV Meen Sandhani', has so far detected 457 species of marine fish and animals in the Bay of Bengal since 2016, said the minister.

The survey ship is cruising since 2016 to assess the stock of marine resources and conduct researches and surveys. It has so far made 31 survey cruises, he said while replying to a tabled question from Awami League MP M Abdul Latif (Chattogram-11).
"A total of 457 species of fish and animals were detected through the surveys," said the Minister.
Of these, 373 marine species are of fishes, 24 shrimps, 21 sharks and rays, 21 crabs, 5 cuttlefishes, 5 squids, 4 octopuses, 3 lobsters and a  squilla.
The survey vessel, equipped with the latest technology of fisheries and other oceanographic research, was procured from Malaysia in 2016 after Bangladesh got a vast sea area through the disposal of longstanding disputes with the two neighbouring countries - India and Myanmar.
Besides, the Food and Agriculture Organization (FAO) and Institute of Marine Research (IMR) conducted a 15-day acoustic survey cruise in the Bay of Bengal by the latest marine research vessel 'RV Dr Fridtjof Nansen' in August 2018.