Another 50MW solar power plant to be built in Khulna 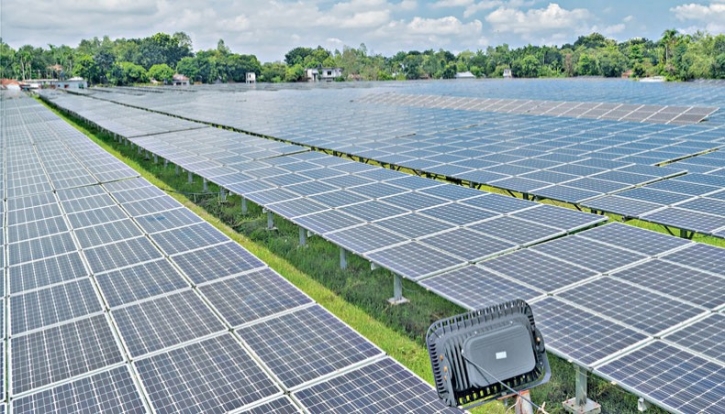 The government is going to set up another 50 MW solar power plant in Khulna aiming to mitigate the existing power crisis by enhancing the generation of renewable energy in the private sectors.

After completion of the project, the electricity generated at the power plant will be purchased for 20 years on a ‘no electricity, no payment basis. The government needs to spend Tk 1,328.90 crore in 20 years to buy power from the power plant.

The Power Division will forward the project proposal to Tuesday’s Cabinet Committee on Public Procurement meeting to be chaired by Finance Minister AHM Mustafa Kamal for approval, sources said.

According to sources, the government has taken special initiatives to implement the master plan for power generation by 2041 and to set up renewable energy-based power plants to meet the growing power demand of the country.

According to the Renewable Energy Policy 2008, the target has been set to generate 10 percent of the total electricity generated from renewable energy sources.

According to sources, the Rapid Increase in Power and Energy Supply (Special Provisions) Act 2010 (Amendment 2018) has been enacted to address the power shortage in Bangladesh. Under the Act, the Power Division formed a processing committee to procure power on an emergency basis by contacting the power generating companies to set up power plants. A technical committee was also formed to examine the plans and proposals of the committee.