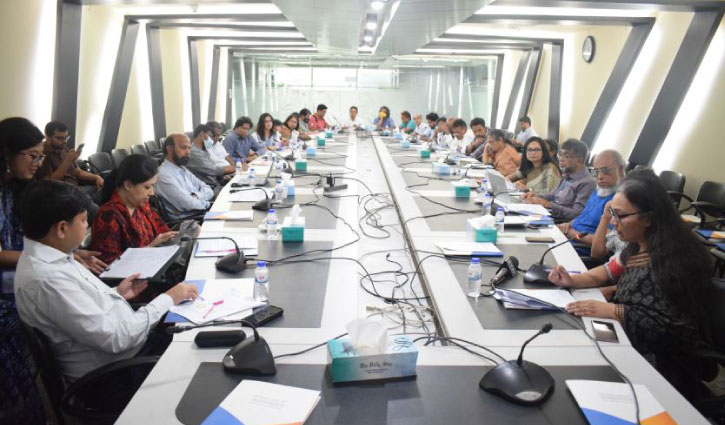 Bangladesh needs to move beyond “business as usual” allocations in the ensuing National Budget and aim to reduce the share of out-of-pocket costs in the total health expenditure.

The session was moderated by Dhaka University Professor Dr Ruaman Haque who is also the Chair of the thematic group of Bangladesh Health watch.

The keynote paper by Dr Atiur Rahman was developed based on data from the Finance Division and the findings from a recent field survey.

He pointed out that by tripling the allocations for the medical and surgical supply sub-sector of the health budget and by filling up all the vacancies at the upazila health complexes, union health sub-centres, and community clinics- the share of the out-of-pocket cost can be brought down from 68 percent to 51 percent.

However, to ensure access to quality healthcare the policymakers ought to go beyond just increasing allocations and aim to revamp the entire health sector- he opined.

Habibe Millat, in his remarks, emphasised the health sector needs in the medium- to long-term national planning documents such as the five-year plans of the government.

Neighbouring Bhutan having universal health care, and India experimenting with different health insurance schemes for the lower-income groups were pointed out by Rumin Farhana, and she recommended Bangladesh learn from these experiences and think of initiating universal healthcare.

Shamim Haider Patwary pointed out that the government alone cannot ensure quality healthcare for all the people in the country, rather it should go for building partnerships with private sector healthcare providers.