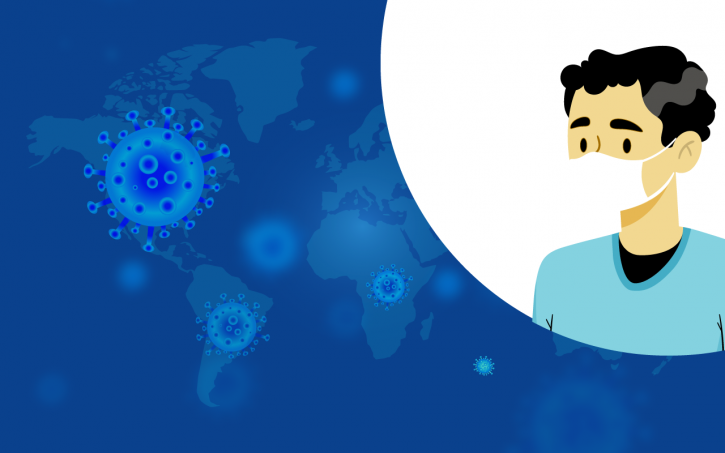 Bangladesh health authorities recorded another death from coronavirus and 198 new related cases in the last 24 hours till Wednesday morning, according to the health department.

The daily case positivity rate increased to 5.09 percent from Tuesday’s 4.34 percent as 3,888 samples were tested at 880 government authorised laboratories in the country during the period.

The mortality rate of the virus remained static at 1.46 percent while the recovery rate rose to 97.09 percent from Tuesday’s 97.08 percent.

With the latest numbers, the death toll of the virus reached 29,309 while the caseload 20,08,068 in the country so far, according to a handout of the Directorate General of Health Services (DGHS).

Some 386 people recovered from the virus related illness pushing to the total number of recovery to 19,49,540 so of Wednesday.

The lone deceased was male and he was aged between 61 and 70 years. He breathed his last while undergoing treatment at a private hospital in Dhaka.

The health authorities also found 120 positive cases in Dhaka, six in Mymensingh and 40 in Chattogram, 15 in Rajshahi, seven in Khulna, two in Barishal and eight in Sylhet divisions.

Worldometer, a reference website that provides counters and real-time statistics for diverse topics, has recorded 64, 42, 532 deaths so far caused by the virus and, 59, 15, 16, 823 cases worldwide. 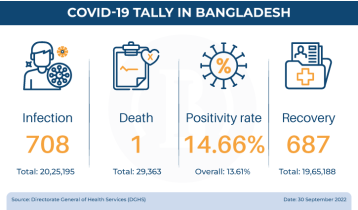 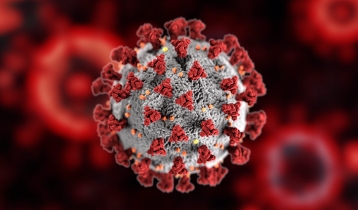 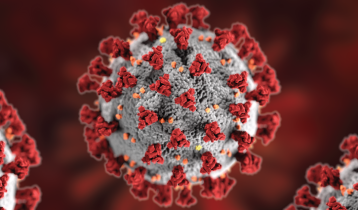