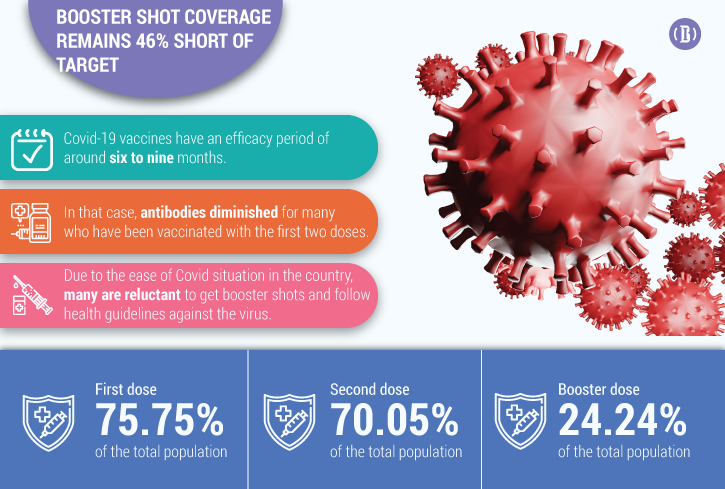 A slow pace of administering booster doses has been witnessed in the country for the last few months amid the fresh surge of coronavirus despite having adequate numbers of vaccines.

The government has already achieved the target of administering the first and the second dose through a special programme in two phases but it is still lagging behind in providing the precautionary dose.

At least 46 percent of the target population is still out of booster dose coverage in the country but the government initiative to make it faster is still invisible.

Alongside enforcement of the health guidelines, the government will have to bring 70 percent of the population under booster dose coverage to make its efforts to prevent the transmission of the virus in the country successful.

Over 2,000 people have been diagnosed positive of the virus for the last four straight days and nine people met the end of their lives during the same period. The case positivity rate was being noticed above 15 percent at the same time, according to the health department.

Meanwhile, the government has issued a notice using marks everywhere mandatory to contain the fresh surge of the coronavirus.

Noticing the overall situation, many experts are apprehending that the country might be hit by the possible fourth wave if the prevailing trend continues for a few more days.

The government is seen very much active in enforcing health guidelines but its proactive step in providing the booster shots remains absent.

According to the government data, over 12.9 crore people were given the first dose of the coronavirus which is 75.75 percent of the total population as of June 29.

The statistic indicates that at least 46 percent people of the total targeted population are out of the precautionary dose which is a matter of concern.

On February 8, 2021, the government launched a nationwide coronavirus vaccination drive with the Oxford University-AstraZeneca vaccine by setting a target of bringing 80 percent people of the total population under the vaccine coverage.

Later, the government brought the target down to 80 percent in line with the recommendation of the World Health Organisation.

The country’s coronavirus situation was under control for at least three months and from the middle of June the virus started taking a U-tern and the daily cases positivity rate stood at 15 percent.

While talking to the Business Insider Bangladesh ASM Alamgir, principal scientific officer of the Institute of Epidemiology Disease Control and Research (IEDCR), said that the Covid-19 vaccine remains effective for six to nine months.

Many people have gained immunity after taking the first and the second dose and meanwhile they have lost their immunity as they did not take the booster shot, he said.

“Vaccine develops antibodies in the human body and reduces risk hospitalization, death and transmission rate. So, we all will have to take the shots as well as the booster dose to stay safe from the contamination,” Alamgir said.

The coronavirus is changing its characteristic rapidly worldwide and thus, around 80 percent of corona positive people are being found symptomless, which is a matter of grave concern in dealing with the virus, he said. 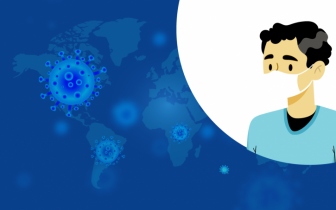 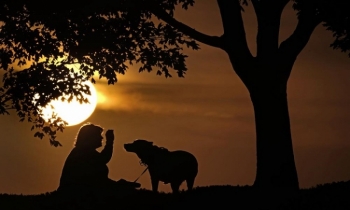 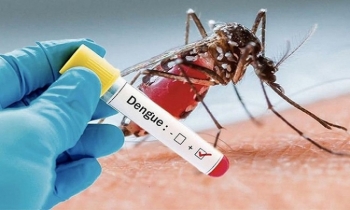 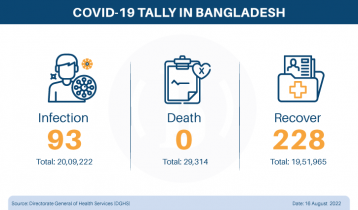 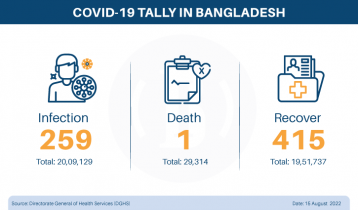 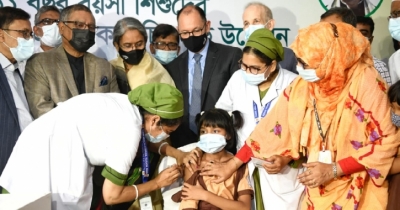 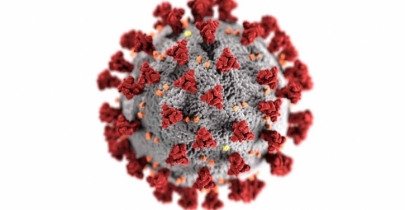