Sanctions on Russia were ‘unilateral’, not by UN: Chinese ambassador 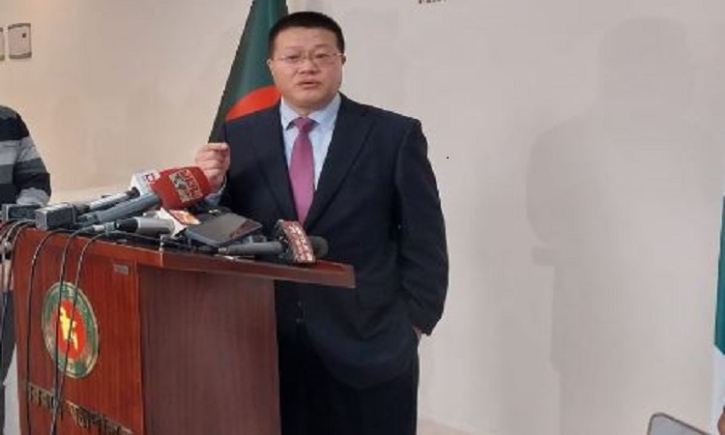 He said any initiative by a country should be “open and inclusive” instead of being exclusive to a particular country or against any country.

The Chinese ambassador made the remarks when a reporter wanted to know his views on various global initiatives including the Indo-Pacific strategy.

Ambassador Wen had a meeting with Foreign Minister AK Abdul Momen at his office at the Ministry of Foreign Affairs.

Responding to a question on sanctioned Russian ships heading towards China, the ambassador said he saw the media reports and hoped that any sort of sanction would not affect ordinary people and cooperation with any country.

He also said that those were “unilateral sanctions”, and not by the United Nations.

Bangladesh has conveyed to the Russian side that they can send any ship except those 69 sanctioned ones carrying equipment for the Rooppur Nuclear Power Plant.

Sanctioned Russian ship Sparta III (Ursa Major) was scheduled to dock at Mongla port in Bangladesh at the end of December last year and unload cargo destined for the Rooppur power plant in Pabna.

But the authorities denied the ship permission to dock at the port after officials got a letter from the US Embassy in Dhaka, saying that the ship was on a list of Russian vessels sanctioned by the US.

The ship is en route to the port of Shanghai, China, sailing at a speed of 10.4 knots and expected to arrive there on January 31, according to vesselfinder.com which provides real-time vessel data.