US takes 24 Rohingya from Bangladesh 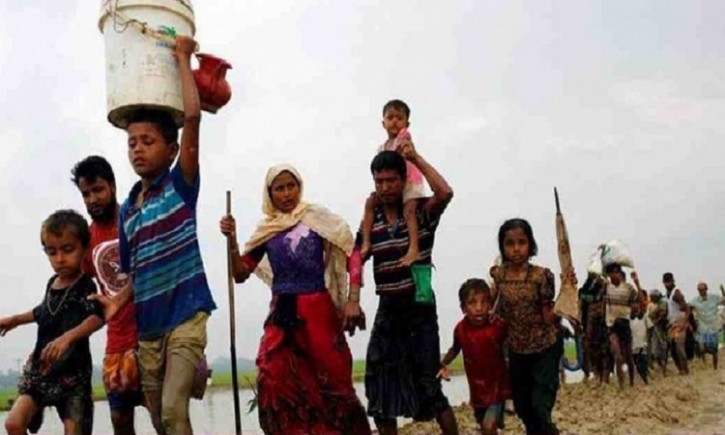 It is a good move as the United States has begun taking some Rohingya from Bangladesh to its territory for ensuring a better life for the displaced Myanmar people.

In the first phase, some 24 Rohingya left Bangladesh for the United States early Thursday, according to a source at the Ministry of Foreign Affairs.

Earlier, Foreign Minister AK Abdul Momen urged the US to take at least one lakh Rohingyas as the density of people is much lower in the US compared to Bangladesh.

In response to the call, the US made a decision to take around 1.25 lakh Rohingya people from Bangladesh, Momen made the comment after his meeting with visiting US Assistant Secretary for the Bureau of Population, Refugees and Migration Julieta Valls Noyes at Foreign Service Academy.

“There is nothing to get excited (as the US will take a few Rohingyas) ... it (the number of Rohingyas) is just a drop in the ocean," Momen said.

Earlier, US Assistant Secretary of State for Population, Refugees and Migration Julieta Valls Noyes and Ambassador Haas were honored to visit Cox’s Bazar this week to meet with Rohingya refugees, Bangladeshi host communities, and our important partners who work tirelessly to improve conditions for Rohingya refugees.

During her visit, she emphasised that the United States will not let this become a forgotten crisis.

Bangladesh is now hosting over 11 lakh Rohingyas in Cox’s Bazar and Bhasan Char and not a single person was repatriated over the last five years. The Bangladesh government wants to see a better life for the Rohingya people.

The US assistant secretary thanked the Bangladesh government for its life-saving support for the Rohingya and discussed the safe return, livelihood and third-country resettlement of the displaced Myanmar people.

The US assistant secretary arrived in Dhaka on Saturday on a five-day official tour of Bangladesh to visit Rohingya camps in Cox's Bazar and Bhashanchar.