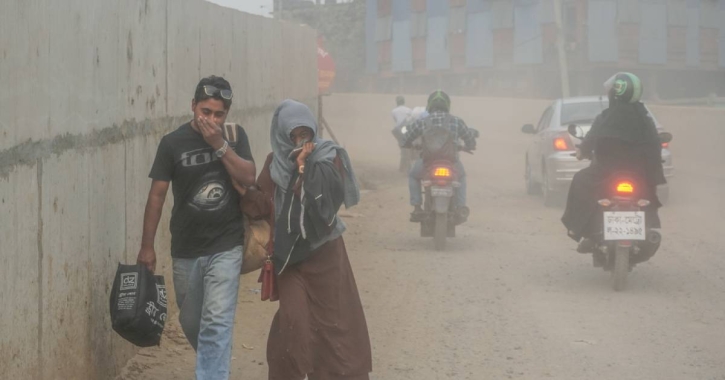 Dhaka has been ranked as the second most polluted city in the world with 'very unhealthy' air quality on Thursday morning.

An AQI between 201 and 300 is said to be 'very unhealthy', while a reading of 301 to 400 is considered 'hazardous', posing serious health risks to residents.

Pakistan's Lahore and Mongolia's Ulaanbaatar occupied the first and third spots in the list, with AQI scores of 343 and 201, respectively.

The worsening air quality of Dhaka city is threatening the health status and life of its residents.