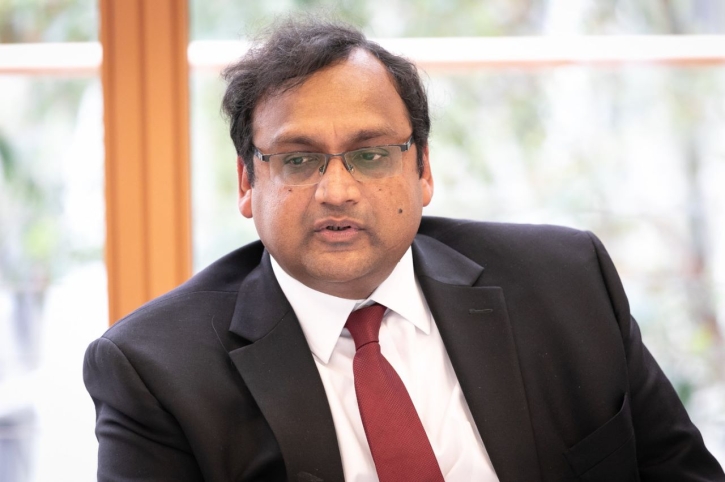 Bangladesh Ambassador to Belgium and Head of Mission to the European Union, Mahbub Hassan Saleh, has claimed "a wave of disinformation campaign" goes on over rights issues in Bangladesh during a "Briefing on the Human Rights Situation in Bangladesh" at the European Parliament in Brussels.

The session was hosted by Fabio Massimo Castaldo, Member of the European Parliament, with participation of Michael Polak, a barrister and lawyer for victims of enforced disappearances, human rights expert Abbas Faiz, Ambassador Saleh, and Tasneem Khalil, editor in chief of Netra News.

On the issue of cancelling the registration of rights organization Odhikar - whose claim of 61 victims in its report "Assembly of Hefajat-e Islam Bangladesh and Human Rights Violation" was heavily contested by mainstream media as "half-truth, biased and one-sided presentation" - Ambassador Saleh referred to financial irregularities on part of the NGO, as clarified by concerned authorities.

"The move that caused the closure of Odhikar stemmed from financial irregularities - the organization's refusal to submit their report of financial audit," explained the ambassador.

In reference to that particular Odhikar report, the ambassador said, "The 2013 report, immediately afterwards that drive, claimed 61 people were killed by the security forces. They were repeatedly requested to provide the names (of victims), but till date they have not done that."

Leading national media outlets later came up with independent investigations, finding that Odhikar "blew up" the number of casualties.

Ambassador Saleh said, "Adilur was the deputy attorney general during the BNP-Jamaat regime (2001-2006). So trying to portray him as an 'independent, civil society individual' is grossly incorrect. He has a definitive political alignment with a particular political party."

In response to the Bangladeshi ambassador, Tasneem Khalil said he was abducted and tortured in 2007, when the country was ruled by the military-backed caretaker government.

Offering a lesson of history, the ambassador said, "I am surprised that none of the speakers mentioned a single word about August 15, 1975, and August 21, 2004. In 1975, on August 15, the country's founding father Sheikh Mujibur Rahman, along with 18 family members, was brutally assassinated, and the successive military regime introduced indemnity ordinance to protect the killers and rewarded them with diplomatic jobs."

"The current PM was not allowed to return to her country for six years. She lived as a refugee. When she returned, she was not allowed to go inside her parents' house; she prayed on the streets for her deceased family members... I believe she also has human rights," he added.

"In 2004, Sheikh Hasina was the opposition leader, and during a rally in the capital, a grenade attack was launched to kill her and her party colleagues... 23 were killed as they formed a human shield to protect her. I believe, for the sake of fairness, these incidents also need to be referred to by the speakers as you discuss a particular situation in Bangladesh. Unfortunately, that was not the case," the ambassador said.

Khalil, in his speech, claimed that the "problem of enforced disappearance was not there" between the return of democracy and when Awami League assumed office in 2009.

It should be mentioned that Bangladesh saw a surge in terror activities during the BNP-Jamaat government in 2001-2006. A US Embassy cable to Washington in 2008, from former ambassador to Bangladesh James Moriarty, deemed Tarique Rahman "a symbol of violent politics".