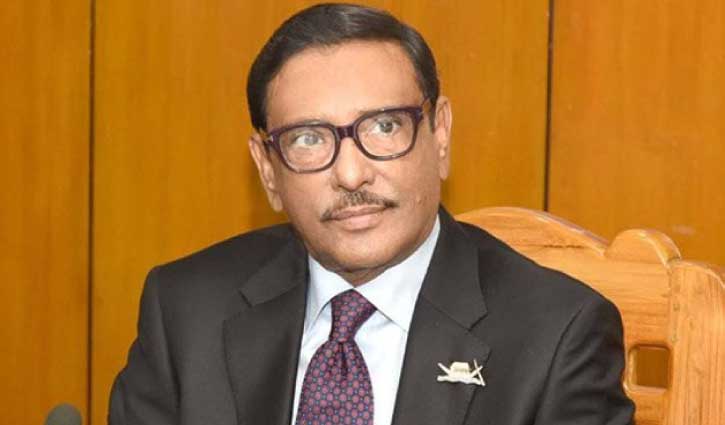 Awami League (AL) General Secretary Obaidul Quader on Wednesday said BNP has started terror activities on the streets before its rally to be held on December 10.

“BNP wishes to occupy streets and Dhaka on December 10. Sometime ago, I got the news that BNP attacked the police in Naya Paltan. People know why they want to hold a rally in Naya Paltan. Because, they can use weapons and carry out fire terrorism quickly from there,” Quader, also the road transport and bridges minister, said addressing a grand public rally at the Sheikh Kamal International Cricket Stadium here.

Pointing to BNP Secretary General Mirza Fakhrul Islam Alamgir, the AL general secretary said, “Fakhrul Saheb, don’t threaten to occupy Dhaka, I want to say that our leaders and workers will be on guard in the metropolis, districts, upazilas, wards and neighbourhoods”.

The game will be played this December, during the next election and movements, he said, adding that the game also will be played against money laundering and stealing, vote rigging, Hawa Bhaban, corruption and fire terrorism.