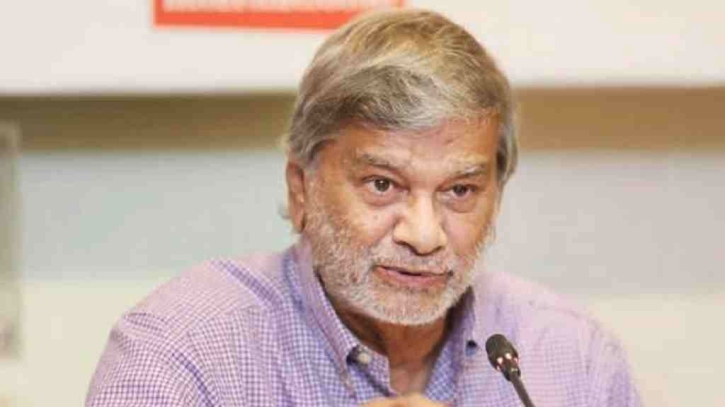 Planning Minister MA Mannan on Wednesday expressed his optimism about achieving cent percent implementation rate in the Annual Development Programme (ADP) of the current fiscal year (FY23) despite the impacts of the war (Russia-Ukraine) and ongoing economic recovery from the pandemic.

The planning minister said this while talking to a group of journalists at his ministry office in the capital’s Sher-e-Bangla Nagar area, reports BSS.

Mannan said although there is a perception among the commoners that there is often delay in the project implementation process, but the government is not concerned over the matter.

According to the Implementation Monitoring and Evaluation Division (IMED) of the Ministry of Planning, the ADP implementation rate during the July-October period of the current fiscal year (FY23) reached 12.64 percent with an expenditure of Taka 32,358.50 crore.

The ADP implementation rate during the July-October period of the last fiscal year (FY22) totalled 13.06 percent with an expenditure of Taka 30,919.16 crore. The total ADP allocation in the current fiscal year is Taka 2,56,003.27 crore.

But, he said the austerity measures of the government might have reduced slightly the demand of (foreign aid) for which there could have been an impact on the overall commitments and disbursements.

He also cited delay in land acquisition as one of the major problems towards smooth implementation of the development schemes.

Mannan said that the government machinery especially the Ministry of Land has pursued many means like digitization of the land records system, but those could hardly minimize the hassles in the land acquisition process.

He also informed that the government is trying to ensure that the project directors remain in their respective project sites to ensure smooth supervision of projects.

Asked whether the shortage of US dollars is putting an impact on the implementation of development projects, the minister replied negatively adding that alongside the project assistance portion, the government is also trying to utilize fully the fund from the Government of Bangladesh portion in the ADP.