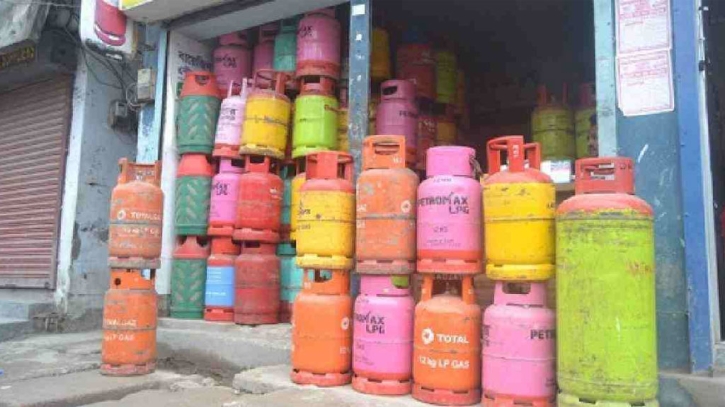 The price of liquefied petroleum gas (LPG) has been increased by Tk 46 for a 12-kg cylinder for the last month of 2022.

As per the new price, retail consumers will get a 12-kg LPG cylinder, mostly used for cooking, at Tk 1,297 instead of the previous price of Tk 1,251.

The new price will come into effect from 6:00pm on Sunday.

As per the announcement, the price of auto gas (LPG used for motor vehicles) was increased to Tk 60.41 per litre including VAT from previous price of Tk 58.28 per litre.

The new LPG price has been fixed to adjust with the Saudi Aramco contract price (CP), which has increased to $650 from $610, the BERC chairman said.

Jalil further informed that the US Dollar rate was considered at Tk 105.22 in re-fixing the price of the LPG as private operators import it from the Middle East through foreign currency.

He said though the LPG price has substantially come down in the global market, consumers are not getting full advantage of the downward trend due to the high dollar price in the local market.

The price of LPG, marketed by state-owned LP Gas Company, will remain as usual as it is locally produced with a market share of less than 5%.

The LPG price went up to the highest Tk 1,439 (a 12kg cylinder) in the local market, following the start of the Russia-Ukraine war in February this year.

The LPG price in Bangladesh was the lowest at Tk 1,225 for a 12kg cylinder in January this year and it witnessed continuous hikes in February, March and April.