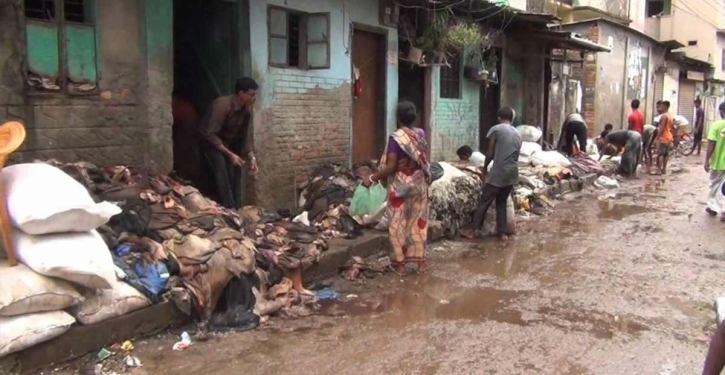 Tannery Workers Union (TWU) has demanded a 50-bed specialised hospital for the treatment of workers at Savar tannery hub.

It says a hospital is needed for the workers as they are suffering severe health hazards from the impact of chemicals used in the industry.

The TWU leaders said this in a press briefing on labour compliance and a safe working environment in Savar tannery hub, held at press council auditorium in the capital on Tuesday.

They also demand the implementation of the ILO labour convention act along with the permission of trade unions to protect the industry and its labour.

Speaking in the press conference, general secretary of TWU Abdul Maleque said the government is giving importance to leather industries, but the tannery workers are being deprived of their minimum rights.

“After working 30 years in the tannery industries, labourers were sacked from their jobs without paying any financial compensation, although the tannery owners make huge profit due to the labour of these workers,” he said.

He demanded a 50-bed hospital in the Savar tannery hub for the treatment of tannery workers as the industry workers suffered different physical difficulties including skin disease and cancer.

Maleque also demanded the mandatory use of health safety guards during duty in and operation of machinery in the tannery industries.

There are 20,000 workers who are directly involved in the Savar tannery industries, while around 2 lakh workers are engaged in this industry indirectly.

The tannery industries’ local value addition is around 84 percent, while this ratio in the garments sector is around 20 percent.