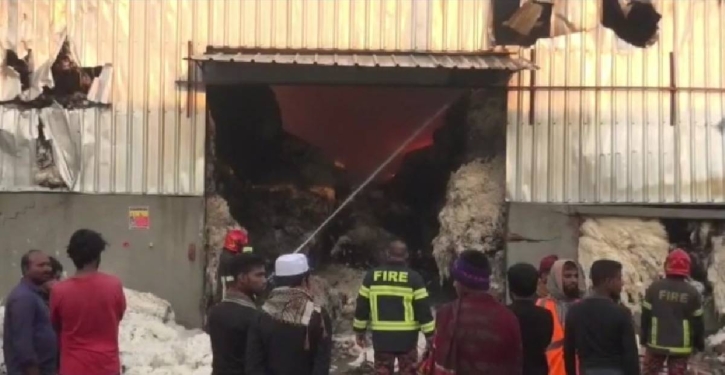 A fire that broke out at a textile mill in Bhabanipur area of Gazipur early Tuesday has been brought under control after 12 hours of fanatic efforts.

“We have to face difficulties in extinguishing the fire due to unavailability of water," Belal, who was also engaged in dousing the fire, said, adding that the fire spread in and around the large warehouse within a moment.

“With our 12 hours of efforts, the fire partially came under control around 12:30 pm. Until 2:45 pm flames could not be brought under complete control,” he said.

Further details including the source of the fire and its damage could not be known immediately.

No injury or casualty was reported but a huge amount of cotton was gutted, Belal said.