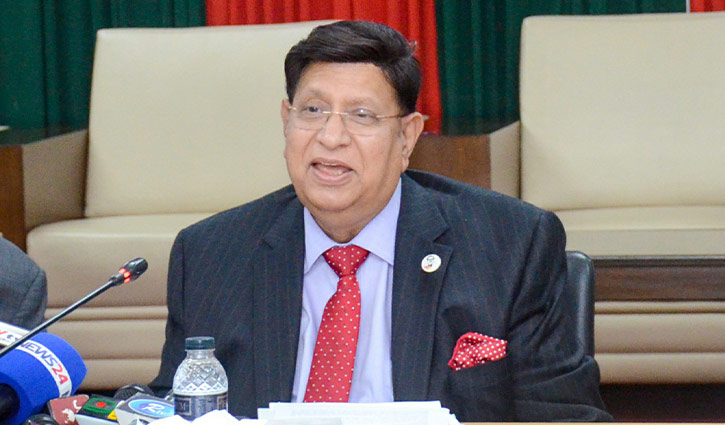 “We did (postpone the trip) it, not they (Tokyo) … Japan is ready to welcome us … but considering different factors we thought it would be very difficult (to make the trip this time),” he told journalists after attending a seminar at a city hotel, reports Bangladesh Sangbad Sangstha.

The foreign minister said Japan is one of the closest friends of Bangladesh and Prime Minister Sheikh Hasina will surely visit Tokyo soon.

Momen said Dhaka considered the ongoing internal political problem with the Japanese government and Japan’s mandatory quarantine due to Covid-19 related restrictions as reasons behind the decision of postponement.

“We wanted to go to Japan this time. They requested us repeatedly. It was finalised. But considering all these things, we have postponed it,” he said.

He said Bangladesh received the invitation from Tokyo more than two years ago but the visit could not materialise due to the Covid-19 pandemic.

The Japanese side put emphasis on finalisation of the visit again when Foreign Minister Momen visited Japan in September this year.

The foreign minister inaugurated an international workshop organised by Association of Surgeons for Sleep Apnoea, Bangladesh in a city hotel.