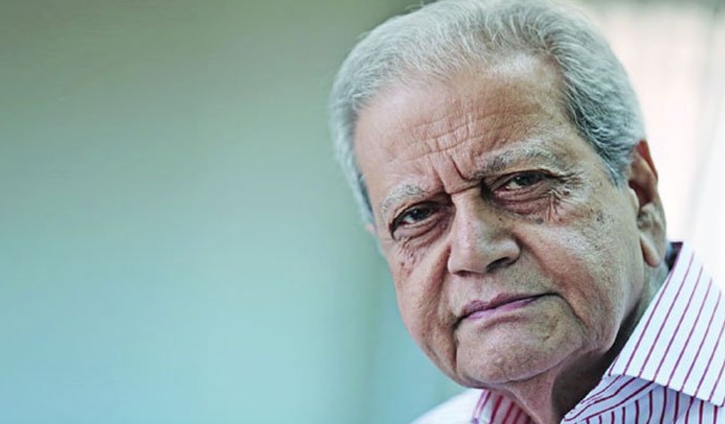 Ekushey Padak-winning renowned journalist Toab Khan has died while undergoing treatment at a hospital in Dhaka. He was 87.

Toab Khan, the editor of the Dainik Bangla, breathed his last at around 12:40 pm on Saturday at the United Hospital in Dhaka. Earlier, he was admitted to the hospital due to his old-age complications.

He was the advisory editor of the Bangla daily Janakantha and he was awarded Ekushey Padak in 2016.

Khan was born on April 24, 1934, in Satkhira. He started journalism in 1955. He worked for Dainik Sangbad and Dainik Pakistan.

He was a press secretary to Prime Minister Sheikh Mujibur Rahman and later he served as a chief information officer and director general of the Press Institute of Bangladesh (PIB).

He was also a press secretary to President HM Ershad and President Shahabuddin Ahmed.