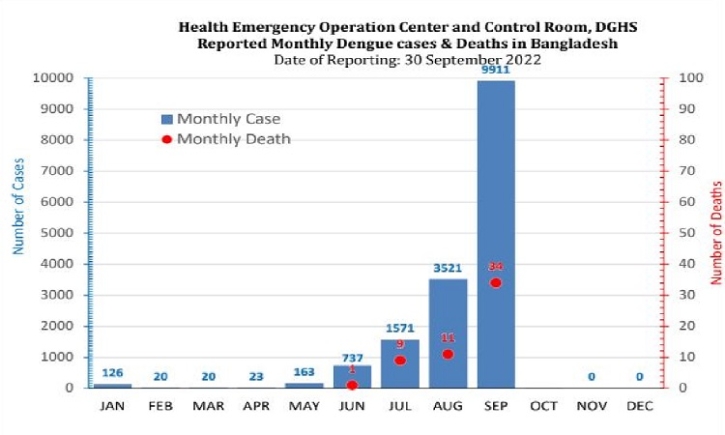 Another 240 patients were hospitalised with dengue in the last 24 hours till Friday morning, according to the health department.

Of them, 150 were admitted to different hospitals in Dhaka and 90 outside it, said the Directorate General of Health Services (DGHS) in a handout this afternoon.

A total of 1,916 dengue patients, including 1,448 in the capital, are now receiving treatment at different hospitals across the country.

This year’s death toll from the mosquito-borne disease in Bangladesh rose to 55 on Wednesday with another death reported from Chattogram.

Of the total deaths, 27 were reported from Dhaka division, 24 from Chattogram and four from Barishal division.