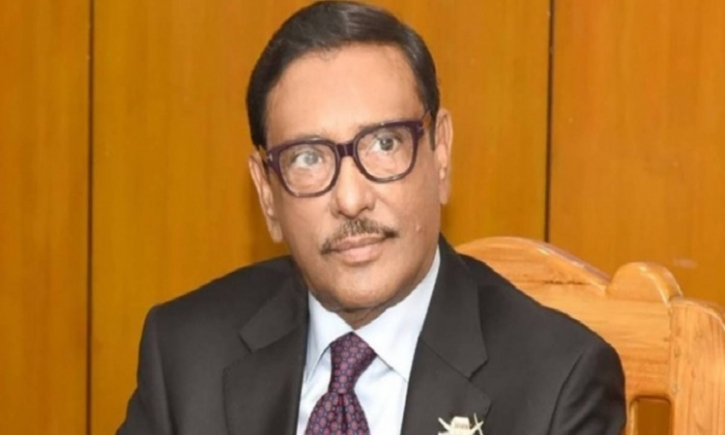 Awami League General Secretary Obaidul Quader on Friday called upon his party’s leaders and activists to remain vigilant against any attempt at disrupting the smooth celebration of Durga Puja.

He made the call at a meeting with the puja celebration committee and leaders of the Sanatan Religious community at Awami League President Sheikh Hasina’s Dhanmondi office this noon.

Quader said that Awami League is determined to build a non-communal Bangladesh.

Later, Awami League General Secretary attended a discussion meeting organized by the relief and social welfare sub-committee of the party on the occasion of Bangabandhu's daughter Prime Minister Sheikh Hasina's birthday at Bangla Academy in the capital.

Quader said that Hasina was born to suffer like her father Mujib.

Mentioning the name of Sheikh Hasina, the most prominent Bengali and honest, courageous and efficient administrator in Bangladesh after Bangabandhu, Quader said that Sheikh Hasina is the epitome of transformation.