None from Myanmar will be allowed to cross border: Home minister 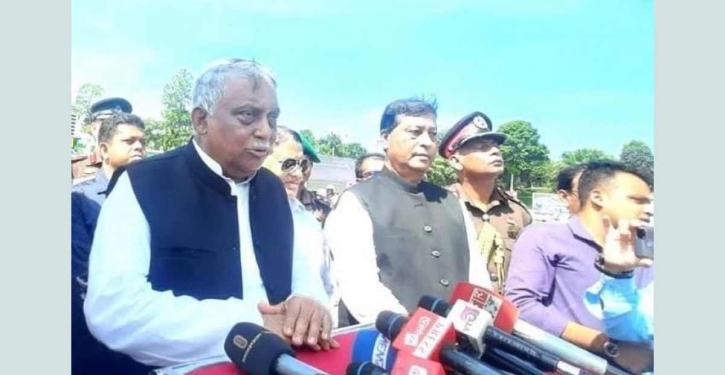 Home Minister Asaduzzaman Khan Kamal has said no one from Myanmar will be allowed to enter the Bangladesh border.

“Arakan Army, Myanmar Border Guard Force (BGP), separatists — whoever it is, none will be allowed to cross the border. Our message is clear,” the minister said.

The home minister said these while addressing the press briefing after the inspecting the training parade at the parade ground of BGB’s traditional training institution ‘Border Guard Training Centre and College (BGTC&C)’ at Baitul Izzat under Satkania upazila of Chattogram on Thursday, reports Bangladesh Sangbad Sangstha.

The programme was organised at the conclusion of the training of the 98th recruit batch of the new soldiers of BGB.

“We are not inviting anyone. Let them fight in their territory, but we will not allow them to enter into our territory. What is happening there is their own business. They have faced such crises at different times. We have heard that Myanmar has engaged in a war with the Arakan Army. They (Myanmar) have nothing to do with our country in this incident,” he added.

He said, “The Border Guard Bangladesh is working round the clock to ensure that none can enter into our country by crossing the border.”

Asaduzzaman Khan Kamal said that the BGB has been protecting the border area very competently.