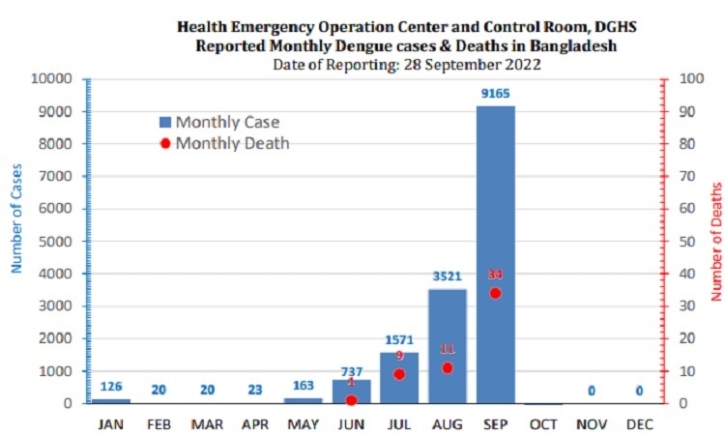 Dengue, a mosquito-borne disease, claimed one more life in the last 24 hours till Wednesday morning, climbing the death toll to 55 since 2021.

Some 524 more patients were hospitalised with the viral fever during the period as the cases have continued to increase in the country, according to the Directorate General of Health Services (DGHS).

The latest death was reported from Chattogram division mounting the death toll in the division to 24.

The dengue death toll in Dhaka division remained unchanged at 27 while in Barishal division at four.

Of the new patients, 373 were admitted to different hospitals in Dhaka and 151 outside it.

A total of 1,820 dengue patients, including 1,388 in the capital, are now receiving treatment at different hospitals across the country.