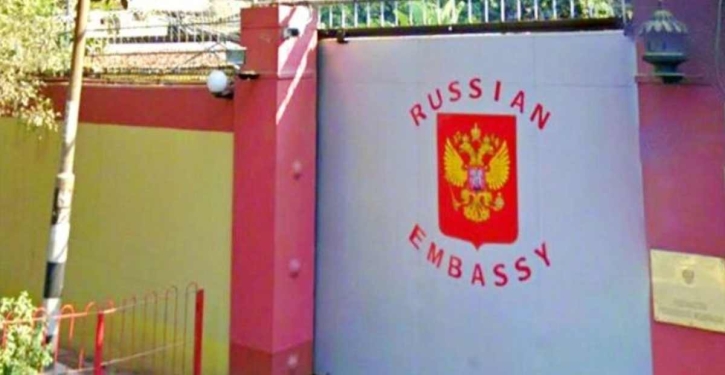 The Russian embassy in Dhaka on Wednesday said they remain open to providing official comments on all the matters of Bangladesh-Russia bilateral relations as well as on the foreign policy of the Russian Federation in order to avoid the dissemination of fake information.

“Moscow appreciates Dhaka’s commitment to realisation of joint projects in spite of the challenges posed by the USA and the European Union,” said the embassy rebutting the statement by Transparency International Bangladesh (TIB) about Russia-Bangladesh gas exploration and grain deals.

TIB in a statement recently said importing wheat at an inflated rate from Russia and engaging Russian companies in gas drilling with a high cost is against the public interest.

“Transparency International”, known for its “biassed reports” made primarily for political purposes, is classified as a “foreign agent” in Russia, said the embassy.

The embassy said the organisation in its investigation has not requested any clarifications from the official sources of information: the Russian embassy, “Gazprom EP International Investments B.V” and JSC “Prodintorg”.

According to the statement, the government of Bangladesh signed a deal to purchase 500,000 tonnes of Russian wheat at a higher price than the market.

However, the price of $430 per tonne is in strict compliance with the market prices at the time of concluding Russia-Bangladesh interstate agreement on August 24, 2022, and is the same as the sale price of the Russian grain contracts recalculated on FOB Novorossiysk port basis given the freights and insurance differences as well as the losses while discharging the cargo.

The price premium for the volume, which cannot be provided by other suppliers, should be taken into account as well, said the Russian embassy.

Moreover, the cost of importing wheat on a G-to-G basis is less than through open tendering methods, it claimed.