Why Tk 5cr should not be given to victim families as compensation: HC 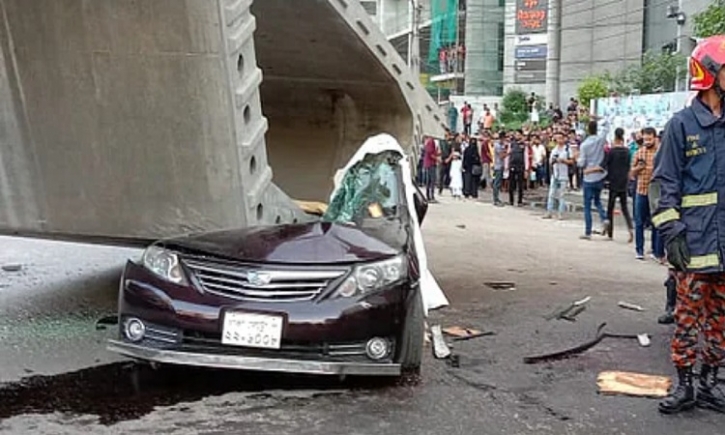 The High Court on Wednesday issued a rule asking the authorities concerned to explain why they should not be directed to give Tk 1 crore as compensation for each of the five victims, who were crushed to death after a 50-60 tonne girder fell on their car on Uttara’s Jasimuddin Road on Monday.

At the same time, a High Court bench also directed the BRT to submit a report before it within two months giving details on the safety measures taken by it during the construction of the flyover in the last five years.

In response to a writ petition, the HC bench comprising Justice Farah Mahbub and Justice Ahmed Sohel came up with the order and rule.

The home secretary, roads and highways secretary, and LGRD secretary have been made respondents to reply to the rule within four weeks.

Meanwhile, another HC bench led by Justice Mozibur Rahman made a writ petition out of list that filed by Supreme Court lawyer Advocate Sagufta Ahmed seeking HC directives to ensure proper investigation and action against those responsible for the tragic incident.

The writ also sought the implementation of all necessary safety and security measures for the movement of people.

A newlywed couple travelling in the same car fortunately survived the fatal incident.

A case was filed against China Gazhuba Group Corporation (CGGC) and others with the Uttara West Police Station on Monday night in connection with the incident.

Two passengers — a newly married couple Rezaul Karim Hridoy, 26, and Riya Akter, 19 — were rescued, but the rest of the passengers — Jharna Akter, 27, her two children Zakaria, 4, and Jannat, 6, and Hridoy’s father Ayub Hossain Rubel, 55, and his mother-in-law Fahima Akter, 38, died on the spot.

The project to create separate lanes for specialised buses across an area of about 20km from Gazipur to the airport is being implemented by three government agencies — the Roads and Highways Department (RHD), the Bangladesh Bridge Authority and the Local Government Engineering Department. Three project directors are in charge of coordinating the work of the three agencies.

The project work that started towards the end of 2012 as part of the plan to finish the construction of the BRT by 2016 has not been completed by one-third in 10 years. During this time, both the project completion tenure and cost have doubled.