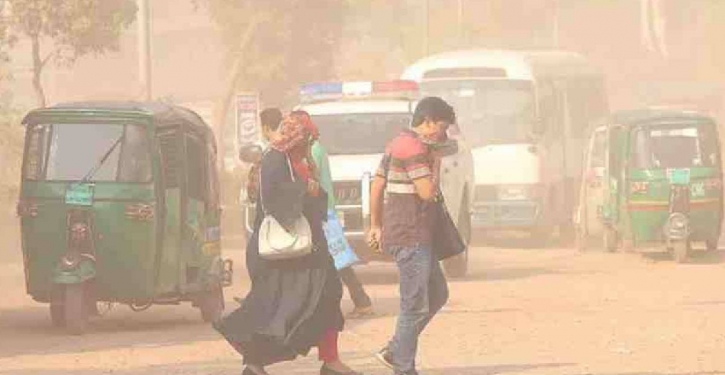 Air pollution in 2019 claimed over 22,000 lives in the capital city of Bangladesh while Dhaka is on the list of the top five cities with toxic air quality, according to a global report to be released on Wednesday.

US-based organisations - the Health Effects Institute, and the Institute for Health Metrics and Evaluation prepared the report titled “Air Quality and Health in Cities”.

The low and middle-income countries had higher exposure to PM2.5. On the contrary, the countries with high income were more exposed to NO2.

WHO says around seven million people die of air pollution globally in a year. The poor air quality in Bangladesh causes various respiratory disorders like asthma, and breathing problems, among others.