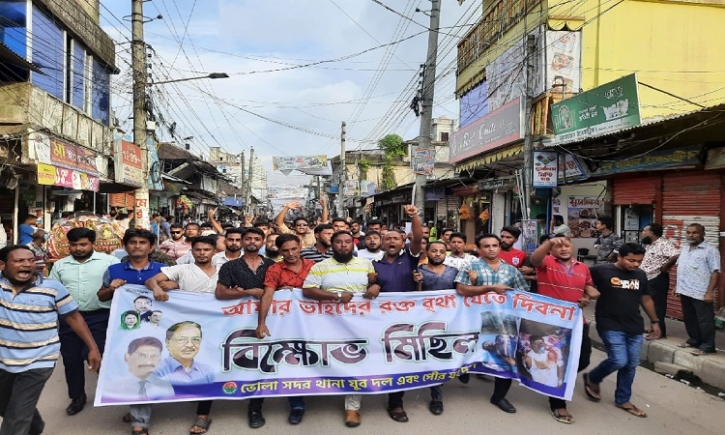 Bhola unit BNP has called a day-long hartal in the district for Thursday protesting the death of Jatiyatabadi Chhatra Dal (JCD) district unit president Nure Alam in a clash on Sunday.

The strike will be observed from 6 am to 6 pm in the district on the day, BNP’s Bhola district unit Joint General Secretary Humayun Kabir Sopan, announced the programme on Wednesday.

Nure Alam suffered bullet injuries during a clash took place between the party men and police on Sunday.

Soon after the incident, Nure Alam was taken to Comfort Diagnostic Centre in Dhaka on the same day where he succumbed to his injures around 3:15 pm Wednesday.

As part of BNP’s countrywide demonstration programme protesting the ongoing load shedding and mismanagement in the power sector, the leaders and activists of the party gathered in front of their district party office in Bhola on Sunday.

At one stage, police obstructed them when they were trying to stage demonstrations in Kalinath Roy Bazar area around 11:30 am that triggered the clash.

At one point, police fired bullets and lobbed teargas shells that left local Swechchasebak Dal leader Abdur Rahim dead and some other leaders and activists of the party injured.