One killed, 30 hurt as BNP, police clash in Bhola 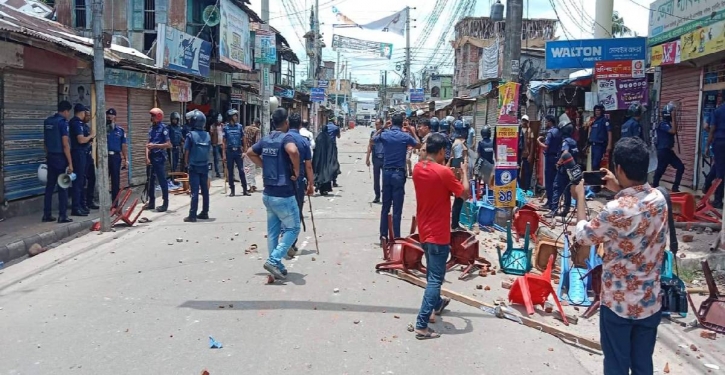 A man was killed and 30 people including seven policemen were injured in a clash between BNP activists and police during the party’s protest rally at Kalinath Roy Bazar in Sadar upazila of Bhola district on Sunday.

The deceased was identified as Abdur Rahim, an activist of BNP.

As part of BNP’s demonstration programme in districts, the leaders and activists of the party gathered in front of their district party office in the morning.

At one stage, police obstructed them when they tried to stage demonstrations at Kalinath Roy Bazar around 11:30am, said Additional Superintendent of Bhola Police Farhad Sardar.

The leaders and activists pelted brickbats targeting police, prompting them to fire bullets and lobbed teargas shells, triggering a clash that left one person dead, he said.

Additional police have been deployed in the area to avert further trouble. A tense situation has been prevailing in the area following the clash.

The BNP on July 26 announced three-day demonstrations across the country to protest against the ongoing load-shedding and mismanagement in the power and energy sector.