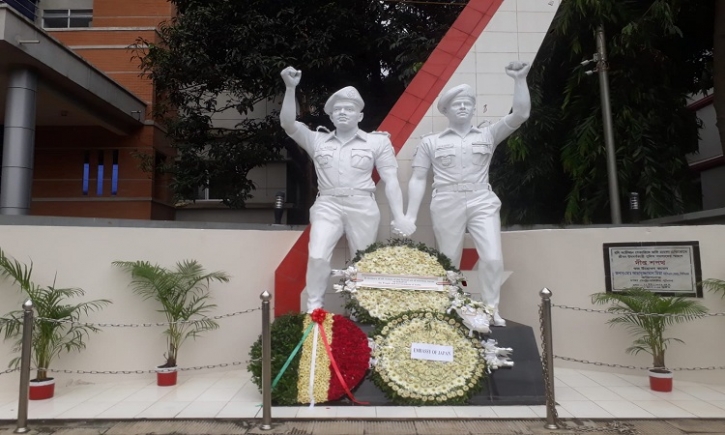 The 6th anniversary of the Holey Artisan Bakery attack in Gulshan area of Dhaka is being observed on July 1,2022. Photo: Business Insider Bangladesh

Today is the 6th anniversary of the Holey Artisan Bakery attack, the deadliest night of terror in the country's history that saw 22 civilians killed, the majority of them foreigners residing in or visiting the capital's diplomatic quarter around Gulshan-Baridhara.

Commemorations among relatives and those close to the victims will span the globe from Japan at one end to Italy at the other. Indeed, these are the two countries that suffered the most casualties.

Five heavily-armed young men who did not fit the profile of your typical "jihadist" executed the audacious attack that drew inspiration from ISIS.

However, investigators never uncovered any evidence of direct operational training or support from ISIS headquarters.

The unlikely militants, all in their late teens or early 20s, were not madrasa students from the hinterland. They were city boys who grew up among Bangladesh's elite, having attended top private schools and universities in Bangladesh and abroad. Their pathways to radicalisation were not foreseen, are still not very well-understood, but would seem to have been abrupt and even rapid.

On the evening of July 1, a little after 9pm, they made their move and laid siege to the upmarket cafe popular with expatriates – a calculated choice that paid off with maximum foreign casualties. Initially, they took everyone inside the cafe hostage before executing them based on nationality or religion. Some Bangladeshis were allowed to leave – one bravely refused to leave without his two foreign friends and died with them.

Besides, two police officers called to the scene were also killed by grenades during the first wave of the attack – this demonstrated how well-armed they were, and law enforcers subsequently backed off to wait for specialist commandos to come in and do the job, causing a nightlong standoff.

Thirteen people, including three foreigners, were rescued while 20 bodies of the hostages were recovered from the restaurant after a successful operation led by the 1st Para-commando Battalion, an elite force in the Bangladesh Army, the following morning (July 2).

Five militants and one restaurant staff were killed and one suspected militant was arrested during the drive.

Including the militants and two policemen, the total death toll was 29 from what is definitively described as "Bangladesh's 9/11," after the 2001 attack that brought down the World Trade Centre's Twin Towers in New York, the most infamous terrorist attack of all time.

A case was filed with Gulshan Police Station in connection with what still stands as the deadliest terror attack ever in the country.

Later, the case was transferred to the Detective Branch of Dhaka Metropolitan Police.

Twenty-one people were identified behind the attack. Among them, 13 people were killed in gunfights at different times.

Police pressed charges against eight people in the case on July 23, 2018. The tribunal framed charges against them on November 26. On December 3, in the same year, the trial began with the deposition of witnesses.

On November 17, 2019, the tribunal set November 27 for delivering its verdict.

On November 27, seven men were sentenced to death for their roles in the Holey Artisan attack.